Within the religious confession Polish National Catholic Church, constituted as a religious association “P.N.C. à Monaco”, duly registered with the Ministry of State of the Principality of Monaco on 14th September 2018, the “Monastic Order of Seborga” (abbreviated:. O.M.S.) is constituted by a specific resolution of the Assembly.

First of all, this Order is organised in the first Chapter based in Seborga and composed of monks, clerics, lay people and novices, and intends to give itself a special Rule, recalling that we must know and scrupulously observe the commandments given by God, so that by loving the Lord and the Holy Trinity with all our heart, mind, soul and strength, and by loving our neighbour as ourselves, we may attain the fruit of eternal life. We have come together therefore to observe the Gospel of our Lord Jesus Christ, and to live in God our Lord. Therefore, since we must always observe this Rule, we shall never seek to evade it, for “whoever puts his hand to the plough and turns back is not fit for the Kingdom of God”.

The Order has its legal headquarters in Monaco at the association headquarters located at Palais de la Scala 1, Avenue Henry Dunant, and its historical-liturgical abbey headquarters in Italy, in Seborga (IM), in the heart of the ancient Principality, at Via Maccario 1.

The re-establishment of this Order, in communion with the Italian Autonomous Orthodox Church – U.A.O.C. C, is aimed at restoring the Ancient Order of Benedictine/Cistercian matrix that was established in Seborga by the Ancient Benedictine Fathers of the Island of Lerino, according to the rule instituted by St. Bernard of Clairvaux and in homage to St. John of Matha, another monk and great spiritual Father, where in the Seborghine countryside the ancient Oratory of St. John of the Donkey was erected in his name. This act of reconstitution is intended to emphasise ecumenical values to the Holy Trinity or the fruitful and spiritually constant dialogue between Catholic and Orthodox Christians for the Unity of all Christians.

It may also establish other locations by specific resolution of the Board and ratification by the Assembly.

The Order professes veneration and respect for all the Saints and Martyrs of the West and the East and for the dialogue between Catholic Christianity, in its various declinations, and the Eastern traditions of the Orthodox Christian world, fostering the innovative union between brothers of the respective Churches and their serene and fruitful coexistence in obedience to the teaching of the Gospel of John “Ut unum sint”.

The theological and spiritual peculiarities of the Order are:

a) the tradition of Cistercian spirituality in the holy memory of St Benedict and St Bernard of Clairvaux, renewed in dialogue with modernity and ecumenical dialogue;

b) the shining example of St. John de Matha, founder of the Trinitarians, to whom the Monastery of Seborga is dedicated and who fought slavery and deportations, saving many Christians even across the ocean;

d) the preaching of the Gospel with particular reference to the Gospel of John, the theological depth of John’s writings and the Prologue “En archè én tò lògos”. The liturgies adopted by the Order are the Catholic Rite of the PNCC and the Rite of St. John Chrysostom, and other rites approved by the Chapter in the individual local realities according to the needs of the faithful. Every member, whether cleric or lay, fully and unequivocally recognises that Catholics and Orthodox, with their own specificities, are Christians in eternal dialogue, love and constant brotherhood.

The following categories of members belong to the Order:

Within the clergy, hierarchical functions are exercised by an Abbot. The Superior must be a monk and priest consecrated and approved by the Chapter.

The authority of the P.N.C. in Munich, in the person of its President, who assumes the office of Abbot, Prior and Moderator General of the Chapter, is constituted in the forms established by the same, as the religious body which is the governor, protector and supporter of this Order, and which will govern and rule by its counsel and authority. The motto of the Congregation is “Ut unum sint” (Gospel of John, 17,20-23) and the official symbol is the white three-pointed rounded cross on a blue background, and possibly, to honour the Orthodox, a scapular depicting Monsignor Adeodato Mancini, Monk in Eternity and Metropolitan of the Assyrian-Chaldean Church for Italy but in the spirit of ecumenical dialogue with the Roman Catholic Church will be worn. The Order adopts the P.N.C.C. Calendar, subject to variations required by local needs.

The Abbot or any other Abbots from other seats, Priests and Deacons belonging to the Congregation are required to attend the Chapter General, which is celebrated every year, because they must commit themselves to governing the Religion. From triennium to triennium a new election is to be held for those offices that for health or other reasons are vacant in the Chapter.

Of course, other auxiliary functions may be instituted later by the Chapter, and statutes and ordinances may be established to promote the observance of this Rule of Life, which do not depart from the Christian faith, from the decrees of the sacred canons, and from this Rule of ours. These dispositions, which we wish to be observed, may, with the authority and deliberation of the Assembly and the General Chapter, be subject to correction one or more times and whenever necessary.

The Order has its historical seat in Seborga but aims to expand to other parts of the world with possible other Abbeys and or missions. 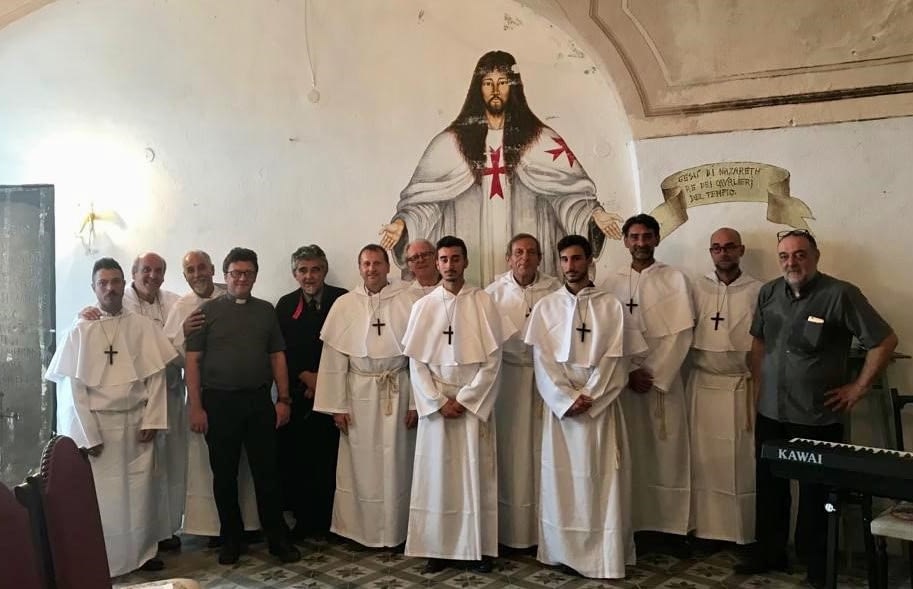